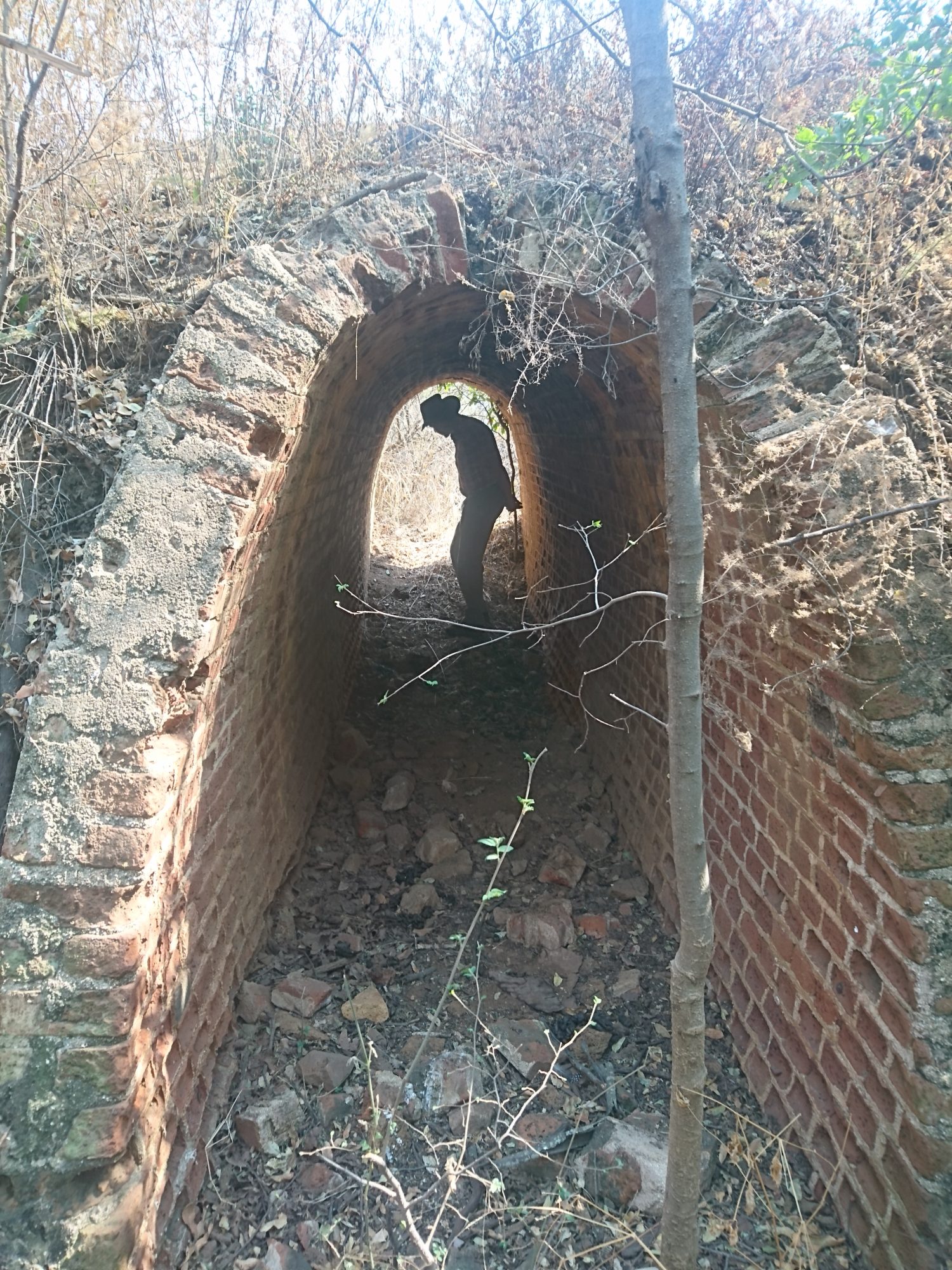 Just think….you are looking for a property in a rural area where you can raise your children close to nature…just to realise later what precious piece of land you had actually bought…what an interesting tale, as it were, lies buried there.

This is what happened to a businessman in the early 2000’s who had bought a 21 hectare small farm in the Leeuwfontein area. The location next to Kameeldrift, just north-east of Pretoria, offered the family the best of two worlds – near the amenities of a city, yet close to nature.

As the children grew up and started exploring the veld with the dogs, they learned what the strange diggings, stone walls, tunnels and ditches down the slope towards the river, meant. The rumours that there had been a dynamite factory on this piece of land more than hundred years ago, was actually true.

Very few people know about this today, even those who live near-by. After the disputed explosives factory at Leeuwfontein had been closed in the mid 1890’s, all the equipment and workers were moved to the new factory at Modderfontein in order to be closer to the Witwatersrand’s fast growing gold mines. The Leeuwfontein factory went into oblivion….until eighty years later…

After the discovery of gold in 1886, the demand for dynamite was great. President Paul Kruger’s Zuid-Afrikaansche Republiek granted a concession to a German, Edouard Lippert, with the exclusive rights to import, produce and sell explosives. Under the name Zuid-Afrikaansche Maatskappij voor Ontplofbare Stoffen, he established the so-called dynamite factory at Leeuwfontein in 1887, and brought in several experienced Italians to manage it.

But within a few years the then Chamber of Mines’ allegations of bribery and corruption compelled the ZAR to investigate. It was alleged that dynamite wasn’t really produced at the Leeuwfontein factory, but that the basic constituents were mostly imported in processed form from mines of the Nobel Organisation in France…that it was apparently merely re-packaged here and then supplied to the mines at an unfair profit margin.

But….at the height of its short-lived existence, about sixty people were working at the Leeuwfontein dynamite factory, of which thirty were so-called “cartridge girls”. They were brought in from Avigliana, Italy – one of several explosive factories of the Nobel Organisation worldwide. Because women were “more patient and more precise”, so it was said, they did the dangerous work of mixing nitro-glycerine and kieselguhr (clay) to form dynamite sticks (simply put).

Sources mention that it was a big factory with 35 magazines (store rooms), where 300 cases of dynamite could be stored in each. For the sake of safety, each magazine was surrounded by thick, high walls of earth, some lined with rocks. It also appears as if there was a huge wall of earth around the dangerous storage area, which could be accessed via a brick-lined tunnel.

This is what  a fisherman, Brig Willem Otto, stumbled upon accidentally in 1978 on his way to the Roodeplaat Dam for some fishing – the eroded remains of a vibrant little community where once had been the biggest explosives factory in the South Africa of those years. Not even the then land owner, or historians, was aware of these ruins, or what they meant. Research afterwards solved the mystery, though.

Some years later a young Rudolph van den Berg and friends also browsed around the site on their way to go fishing. Today this same Rudolph is the owner of Emacplan Properties, specialising in the sale of plots and farms in the area around the Roodeplaat Dam, his growing-up neighbourhood. It is exactly the memories of what they had seen that day, that caused Rudolph to have the writer research and write this story.